To watch the Macks Creek Veteran's Day Assembly please use the following links:

On Friday, November 11th, the Macks Creek R-V School District was privileged to host thirty-nine area Veterans for a ceremony in the high school gym. High School Principal, Mr. Jason Trusty served as Master of Ceremonies and shared opening remarks thanking the Veterans for their service and attendance. A breakfast was also served to each Veteran. The Macks Creek FBLA and Student Council helped serve the meal.

First Sergeant Rebecca Barnhill provided the ceremonial address to the Macks Creek students, faculty, staff, and community. In her speech, Sgt. Barnhill thanked the Veterans for their service. She spoke about the history of Veterans Day, from its beginnings as Armistice Day to the time where it included World War II, before changing into ‘Veteran’s Day’ by then President Dwight D. Eisenhower. Sgt. Barnhill continued, speaking of the many different groups that help to bring about mission success, not only abroad but also inside the United States. Her last point spoke to how everyone who has put on the uniform shares a common bond: they all leave their own pursuits behind to serve something greater than themselves. Sgt. Barnhill currently serves as the First Sergeant for Alpha Company, 787th Military Police Battalion. In addition to Sgt. Barnhill, the 795th Military Police Battalion was in attendance and presented the colors for the ceremony. 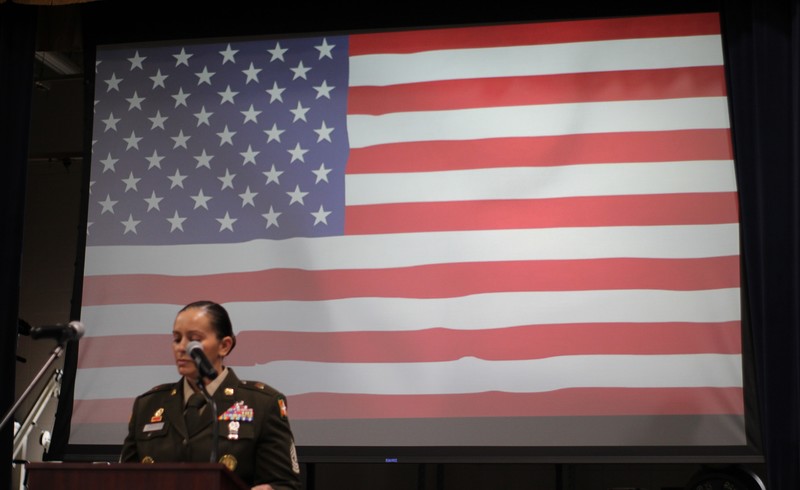 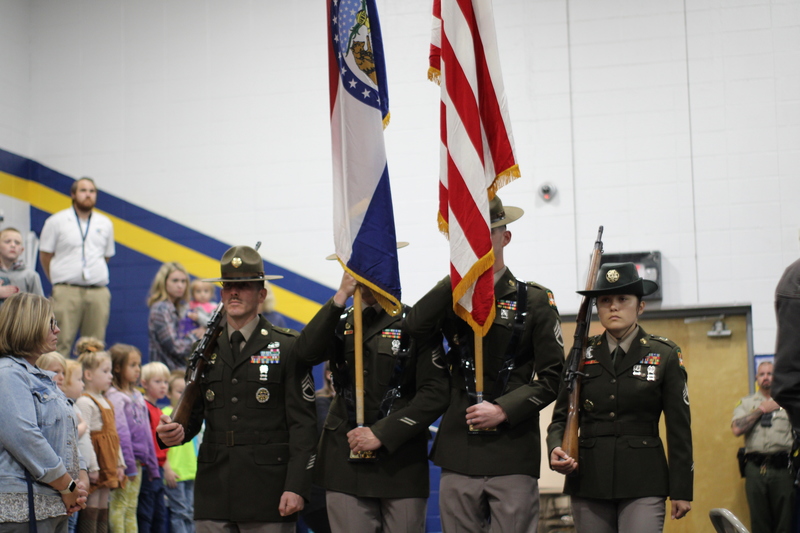 During the program, guests and students enjoyed listening to the Macks Creek First Grade class sing “This Land is Your Land”, the High School Choir, who performed “A Tribute to the Armed Services”, and the Choir on Fire sing “God Bless the USA.” Senior Marissa Harkey opened the ceremony by reciting the Pledge of Allegiance and Senior Craigen Frazier played “The Star-Spangled Banner” on the trumpet. 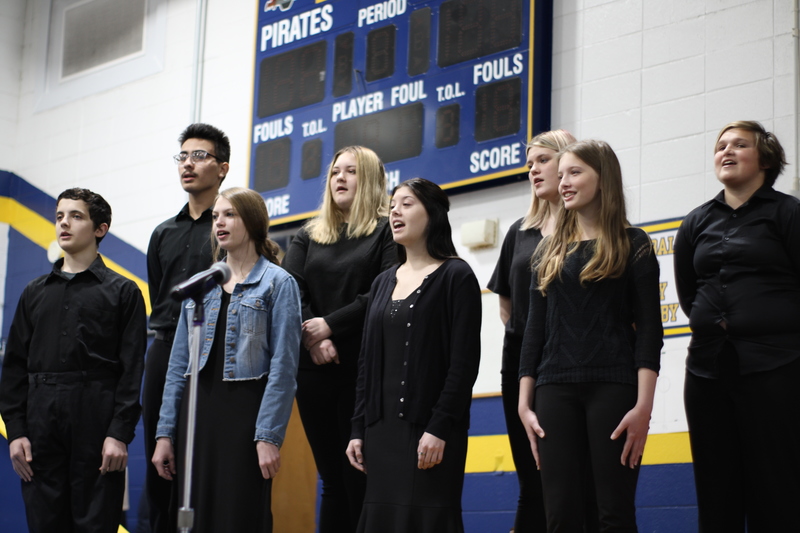 A special video, provided by Macks Creek Class of 2017 graduate and current Second Lieutenant in the USMC, Xabier Montez, was played. Second Lt. Montez spoke about his time at Macks Creek and the changes the military has brought to his own life. He posed three questions to those in attendance. The first was ‘are you willing to work hard’? Second Lt. Montez stated the military would push you outside of your comfort zone, but you would learn and become better from it. The second question dealt with seeing oneself with young, motivated men and women. Joining the military would be a chance to stand with people with a common purpose and the potential to be involved with training and leading people. His choice was the officer route, with the opportunity to help provide mentorship to individuals and help them grow. The final question he posed was about making a difference. He shared that regardless of the size, small or big, one would be making an impact on someone else’s life. To close out his video, he encouraged students to thank Veterans for their time and service, as well as to take time to reflect on those who are not able to be with us because of their sacrifice. 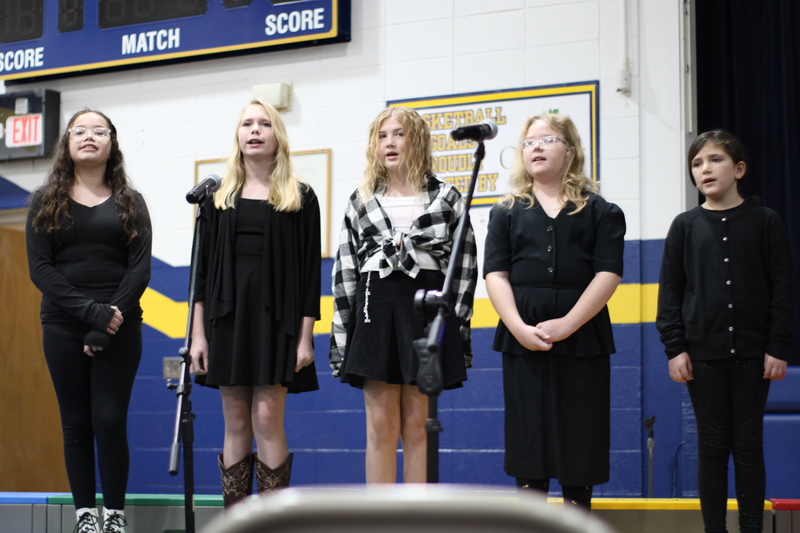 The program concluded with the playing of “Taps”, to remember the service men and women who have passed away in both combat and at home. It was followed by Caleb Phillips reading the poem, “The Call to Duty”. Everyone here at Macks Creek School would like to thank all Veterans for their service. We are grateful for all they do, not only on Veterans Day, but every day we enjoy the freedoms their service provides. #MCPirates 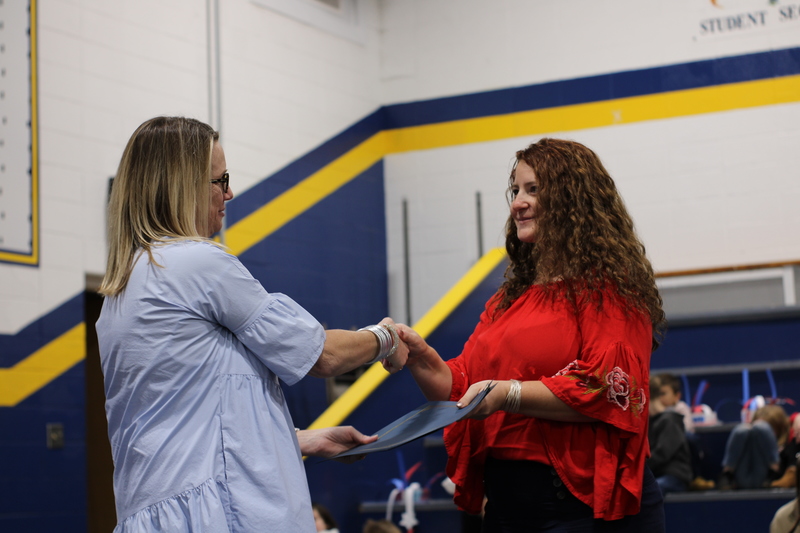 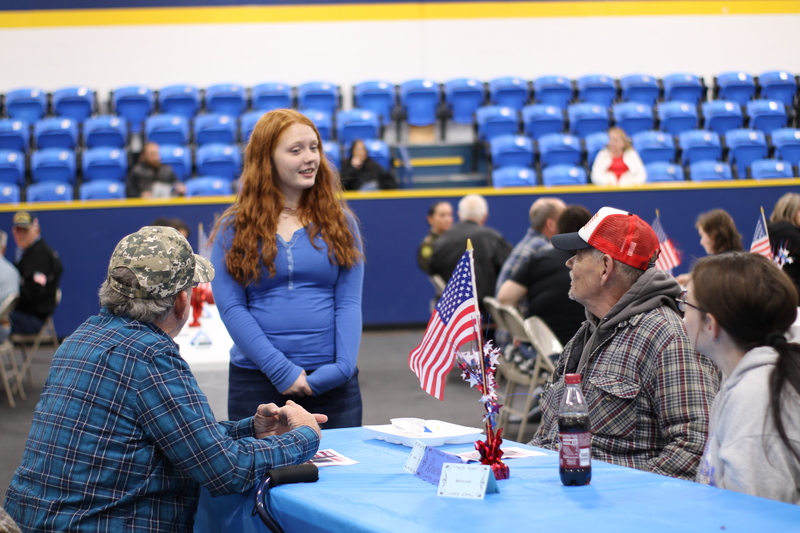 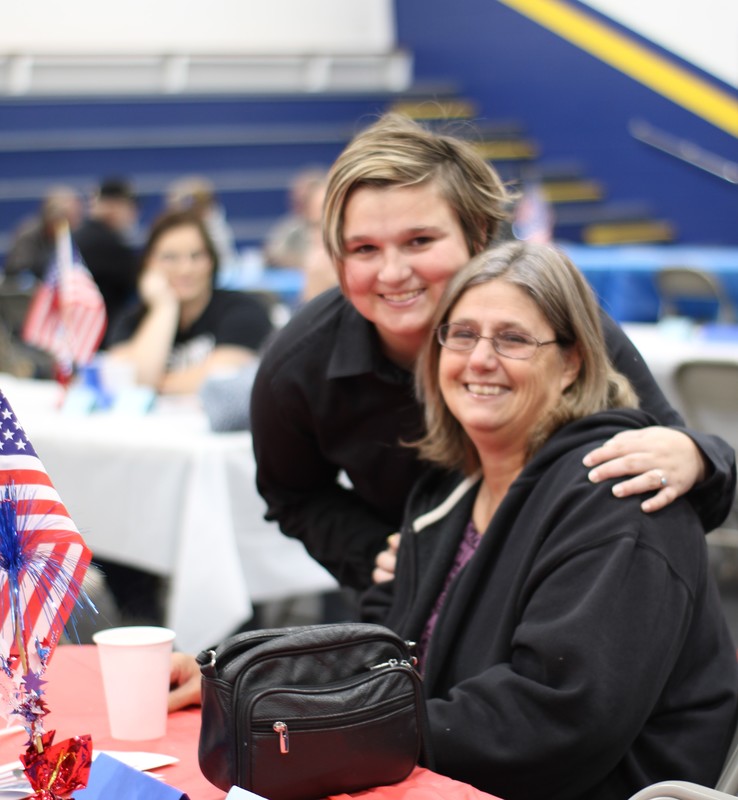 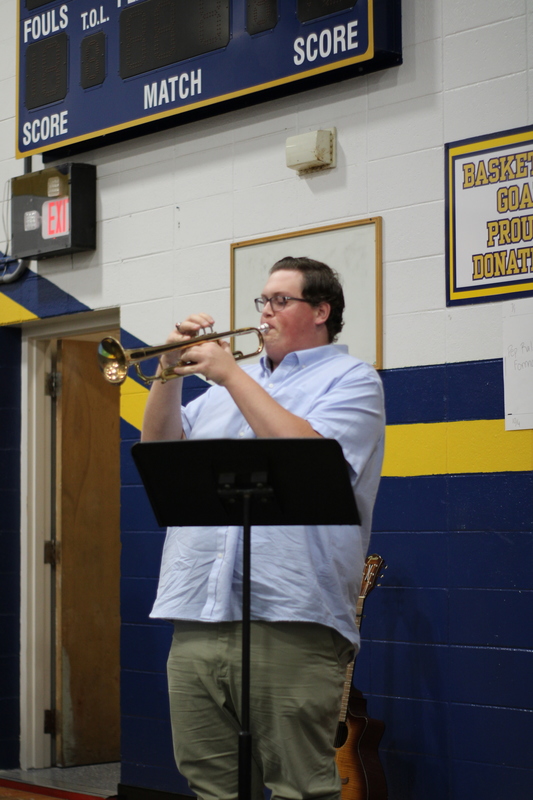